Home » Being Human » Being Still 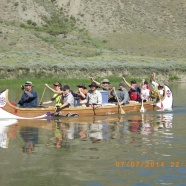 I was bruised, bitten, bone-tired—and blessed beyond belief! In mid-July, I was lucky enough to be part of a canoe trip down the Missouri River in central Montana. I’ve been wanting to blog about the experience but just can’t seem to put into words what the trip meant. So, I’m sharing this reflection from Rollie Johnson, our fearless leader, a good friend, and an amazing co-worker:

The pair of bald eagles soared gracefully and effortlessly high over the river. Nary a wing flap was needed as they took advantage of the warm thermals drifting up over the cliff edges and ridge lines of the Missouri breaks. They glided peacefully outlined against the clear cobalt blue Montana skies. I think not that they flew with a purpose like hunting or scouting or gaining mileage, but rather I think they flew for the pure joy and exhilaration of flying. Their graceful flight added to our own sense of freedom and expansion of thought and space as we too traversed through this vast, expansive, wild and beautiful badlands. How ironic that these badlands… were ohhhh so good for our souls.

Twenty-nine of us souls to be exact… an oddball, goofy and eclectic mix of bodies ages nine to sixty somethings. Guys, gals, elementary, jr. high, high school, college, career folk, young adults, blue collar, white collar and retirees all jumbled together into three of our recently completed hand crafted, 26′ long, 270 lb. cedar strip, fiberglass voyageur north canoes. Over the past 5 months of winter each person in the boats invested countless hours of sweat equity building and shaping these marvelous creations that were both aesthetically pleasing to the eye, and highly functional in the water. A perfect melding of form and function.

Six days without technology—no TVs, no cellphones, no radios, no computer, no toys that go “beep” that make us salivate and perk our ears like Pavlovian dogs. Just human face-to-face conversations, songs and laughter. The only other sounds were born of the wilderness; birds chirping, an eagle screeching, the quiet splash of a fish, the nerve-wracking alarm of the rattlesnake, and the soothing, gentle voice of the cottonwoods singing with the caressing of the wind. And of course… the great silence of wilderness.

Each bend of the river brought anticipation and adventure. A new sight, a new discovery, a new vista and new perspective, like opening present after present on Christmas morn. Several bends revealed big horn sheep. Some posed majestically silhouetted against the azure sky, while some monster full-curl rams stood stoically just a stone’s throw away from our canoes along the river bank. We passed by dozens of rustic, brown and grey deteriorating cabins and outbuildings that told tales of days gone by when ranchers of old attempted to eek out a living on their homesteads. Our narrative guide book pointed out Native American buffalo jumps, campsites and river crossings interspersed with historic campsites and landmarks of Lewis and Clark. We were paddling through layer upon layer of human history.

Calmed and clean are two words that stick out for me now standing on this side of the trip. “He leads me beside still waters… (and the result or promise is…) He restores my soul.” Psalm 23. Settled, stilled, calmed, and at peace. “Be still before the Lord and wait patiently for him.” Psalm 36:77. Or “Be still and know that He is God.” Psalm 46:10.

Stillness, silence, solitude and quiet; all words banished and outcast from our modern fast-paced, high achievement, “gett’er” done world. Yet within these sacred words lie Godly treasures of truth.

Six days without an actual shower, yet I feel cleansed from the inside out. Purged of many of the subtle and deceptive toxins of modern-day life, my body and brain have reverted back to a more natural rhythm and Godly tempo. Sometimes time away… from the everyday and normal routines, and immersing ourselves in God’s creation can bring about a calming and cleaning of our souls.

The Lonely Place by Henri Nouwen

Without Silence… Words lose their meaning.

Without Listening…speaking makes no sense.

Without Separation…There can be no reunion.

Without Aloneness…There can be no togetherness.

Without Disconnecting…There can be no community.

Without Withdrawal…There can be no involvement.

Being Human Connection: We were created to take a break, be still, and unplug. Jesus understood the importance of doing so and invited us to do the same. 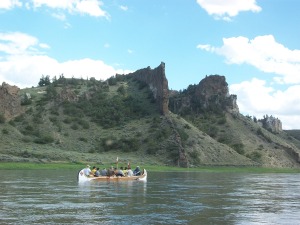 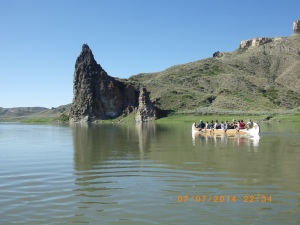 ← Being Free The Widow and Me →