Home » Being Human » Thank You for the Thorn

Thank You for the Thorn

Posted by laurieetta on February 7, 2020 in Being Human | Leave a comment 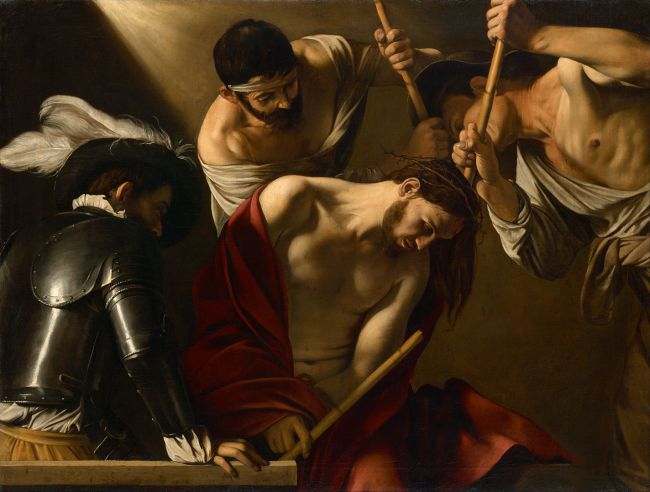 If you’ve been following me at all, you know that Caravaggio is one of my favorite artists. This particular masterpiece is entitled, “The Crowning of Thorns” and is one of two pieces that he did on the subject of the torture of our Christ.

Caravaggio, like many other Renaissance artists, often used sculptures as models for his paintings. For this painting, he used the famous Belvedere Torso which has been on display in the Vatican since 1530 (pictured below). The study of sculptures gave Caravaggio his command of anatomy. He also was an artist of contrasts: Christ’s delicate skin is in contrast to the bronzed appearance of his tormentors. Christ’s exposed, outstretched neck, which has been forced into a horizontal position, is a clear indication of the brutality of the action. Caravaggio uses decisive contrasts of light and dark to create a strong physical presence.

I can’t imagine the pain a crown of thorns would inflict, especially if they were placed with such force. Any “thorn” I may have in my life seems inconsequential compared to what Christ bore. And I don’t usually think of being thankful for my thorns, but a writing by George Matheson speaks of just that. (Thanks to my sister for introducing it to me.)

Matheson (1842-1906) was known as the Blind Preacher, although he could see shadows. His limitations, however, caused him to be dependent upon others to accomplish almost anything. Yet, even in light of poor sight, he had a reputation of being joyful, with a great spirit about him that was not easily discouraged. This is what he writes about his “thorn.”

Being Human connection: May your thorns create a rainbow that leads you to him. Amen.